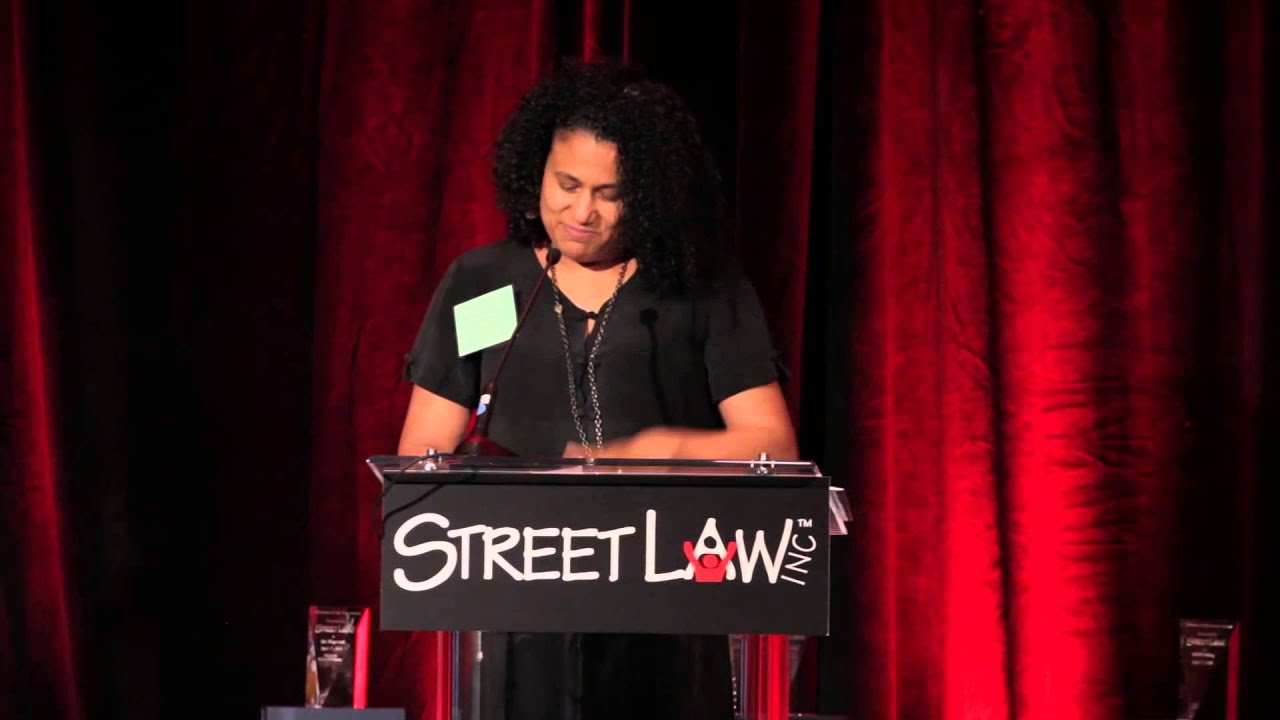 This week we have the honor of hearing from U.S. government teacher Ayo Magwood of Washington, DC, USA. Ayo was recently named Street Law Educator of the Year for 2013 for her engaging, interactive approach to teaching civics. We asked Ayo to tell us how she focuses on active processing with her 12th grade students.

“Last year I was looking for ways to improve classroom engagement, student-centeredness, critical thinking and learning in my U.S. Government classroom,” she says. So she purposely switched up her toolkit and took risks to make sure the kids were doing the thinking each day in her lessons.

First, she made sure that she centered her lessons around issues that students wanted to spend time thinking about. Charged with teaching topics like natural rights philosophy, federalism, and executive power, topics that “many young people see as boring and irrelevant to their lives,” Ayo found ways to connect the topics of her class to things kids care about. She used concepts to connect the topics of the course to “modern-day public policy topics that the students consider interesting and relevant: video game violence, Internet censorship, medical marijuana, same-sex marriage, affirmative action, etc.”

Once she had something interesting for them to think about, she used these strategies to keep them thinking and processing in class each day:

In each 90-minute class, I strove to utilize multiple modalities: a) photos (visual); b) conceptual diagrams (visual); c) one or more short video clips or occasionally a song (visual/auditory) d) one or two close readings of quotes from scholars, politicians, or primary documents (reading); e) a short classroom simulation or other activity that involved movement in the classroom (kinesthetic); and most importantly, f) several critical thinking “pondering in pair” questions (oral). This multiple-modalities method allowed the students to analyze the lesson’s concept from multiple angles, and particularly made the lesson more engaging and accessible for students who typically struggle academically. 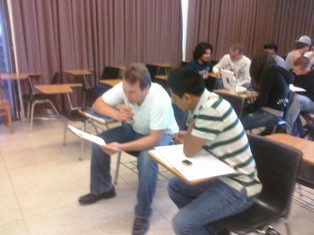 By using “pondering in pairs” questions, I wove in regular opportunities for critical reflection and active processing in pairs. These questions, which occurred roughly every 15 minutes throughout the lesson, asked students to apply or think critically about a concept (e.g. “Should our society be able to put limits on individual behaviors/choices that are not physically hurting anyone, but that are morally unacceptable to the majority of the population?”). They occasionally asked the students to make connections with past material, to think of examples of a concept, or apply the concept to a different situation. These questions increased engagement and critical thinking and encouraged students to actively think through and process the material with another classmate at regular intervals throughout the lesson.  I sometimes paired up stronger and weaker students for this purpose.

Finally, every week the students participated in a moot court, fishbowl debate, structured academic controversy (SAC) or similar interactive activity that allowed students to apply the week’s content and theoretical concept (e.g. free speech rights, substance due process, federalism, executive power, etc.) to a novel modern-day public policy issue–usually through a Supreme Court case.  I used a combination of grading incentives, encouragement and feedback to work towards three guiding principles or goals: 1. They had to debate the political or Constitutional issues at the root of the court case, instead of the anecdotal facts of the case; 2. They had to base their arguments not on personal opinion, but rather on the Constitution, political philosophy, and Supreme Court case precedents; and 3. They had to respect that differences in opinion were caused not by one side being “right” or “wrong” but rather by differences in values or viewpoints.  (In fact, the students were encouraged to argue the side opposite of what they personally believed.) When governed by these guidelines, these activities allowed students to grapple with and actively process class concepts; encouraged the development of critical thinking skills; allowed students to apply theoretical and historical U.S. Government concepts to novel situations and to their daily lives; developed “fair-minded” thinking skills; and developed “democratic discussion” civic skills (see Diana Hess’ book Controversy in the Classroom: The Democratic Power of Discussion).

As you can imagine, I did sacrifice “coverage” in the process: I covered fewer topics over the semester.  But what we did “cover”, the students truly learned: they actively grappled with the class concepts in pairs and as a class, tracing their origins through history and the Constitution to modern-day public policy issues that personally affect them, applied them to novel issues and thought through the messy implications and consequences, took positions on them (sometimes deliberately contrary to their personal opinions!), used the Constitution and political philosophy to provide evidence for those positions, and passionately but respectfully deliberated and debated with their classmates. This is what a civics class is supposed to be like.